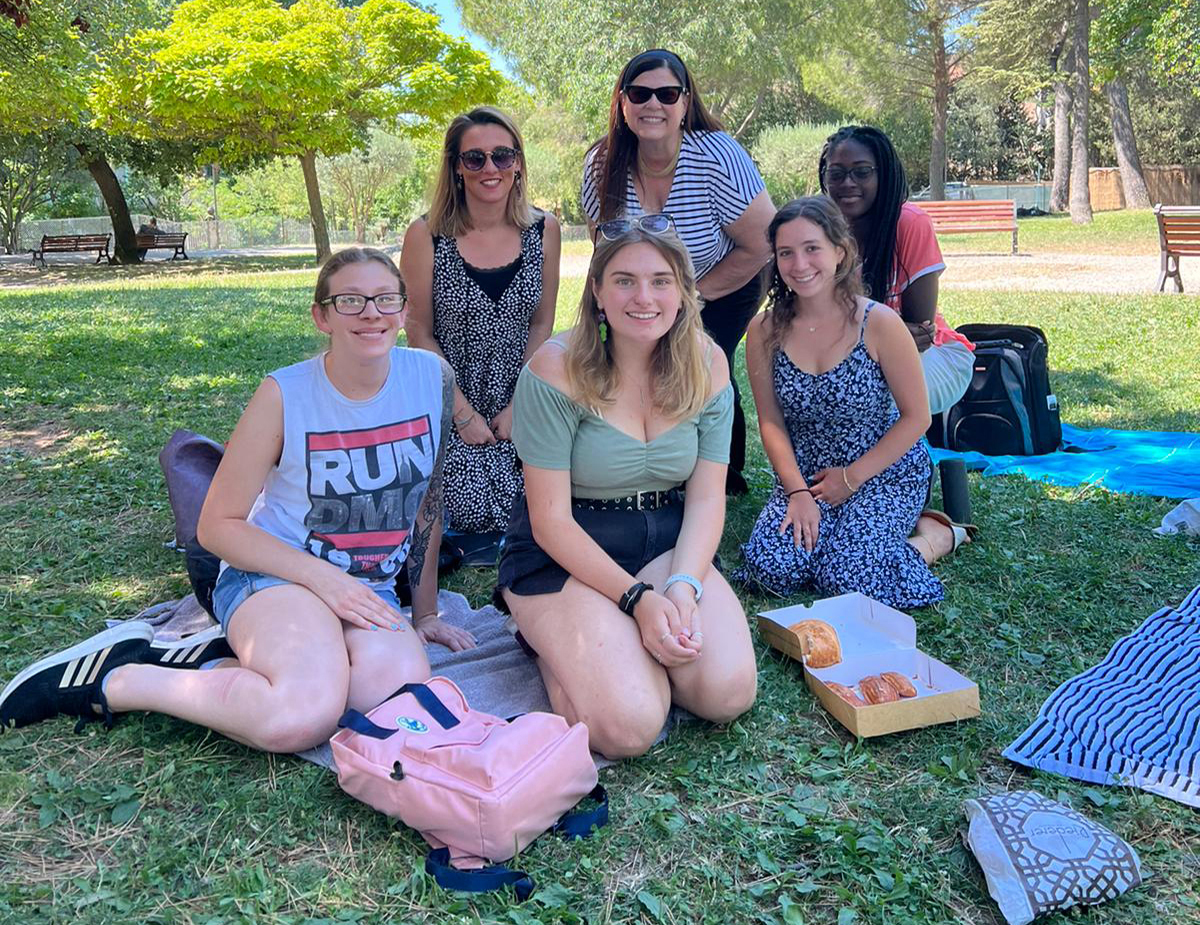 Savannah (left) and her classmates at the park in Marseille

Savannah Crider, a Criminal Justice and Social Sciences major with minors in Legal Studies and French, left for France in early June.

In early May, Crider was awarded a Benjamin A. Gilman International Scholarship in the amount of $4,000. This highly competitive scholarship is administered through the U.S. State Department. Thanks to the scholarship, and coupled with aid from TWU’s The Burdette Global Scholarship Fund, Savannah took her dream trip.

A teacher once told Crider, “The best way to learn a language is to be surrounded by it.” Those words stuck with her. She knew that she had to get to France to build on the foundation laid here at Tennessee Wesleyan in her studies with Dr. Augustin Bocco. However, Crider met challenges at every turn.

First, the worldwide pandemic halted all action toward spending a summer abroad in 2021. A Level 4 Travel Advisory for France led to still more anxiety over whether Crider could attend in 2022, but this didn’t stop her persistence. She applied directly to The Institute for American Universities in Aix-en-Provence location and was accepted.

Next came finding the money. With the help and encouragement of Study Abroad Coordinator Dr. Elizabeth Ruleman, Crider drafted and redrafted her application letters. Her work paid off. She would soon be taking six hours of coursework that would be transferred back to Tennessee Wesleyan.

Crider hopes to work for the federal government as a law enforcement officer, and she knows that having a second language will benefit her. It will open doors that she can only imagine right now.

“The first time I met her, I recognized a drive in Savannah,” said Dr. Ruleman. “Working with her this year has shown me what sheer determination can achieve. I am so proud of Savannah. This Gilman Scholarship is an achievement that our university should be proud of. The odds were against her, but she has won.”

The six-week program began the first week of June, and Crider’s first course was 211, Living in France. The class covered French theatre, music, movies, and other cultural aspects, such as expressions. The class helped grow her French skills and vocabulary. Crider’s next class was 301. This class focused mostly on grammar and was difficult for Crider. The coursework and paperwork for Crider were easier for her, as she is better at reading and writing French.

“I took 301, and that one was completely in French. My professor didn’t speak in English but maybe 3 times the whole class. The class taught me to listen better,” said Crider. “The class was difficult. It was definitely a sink or swim situation for me. At first, I got so overwhelmed, and I was having so much anxiety over trying to learn to listen. It was something I wasn’t used to.” 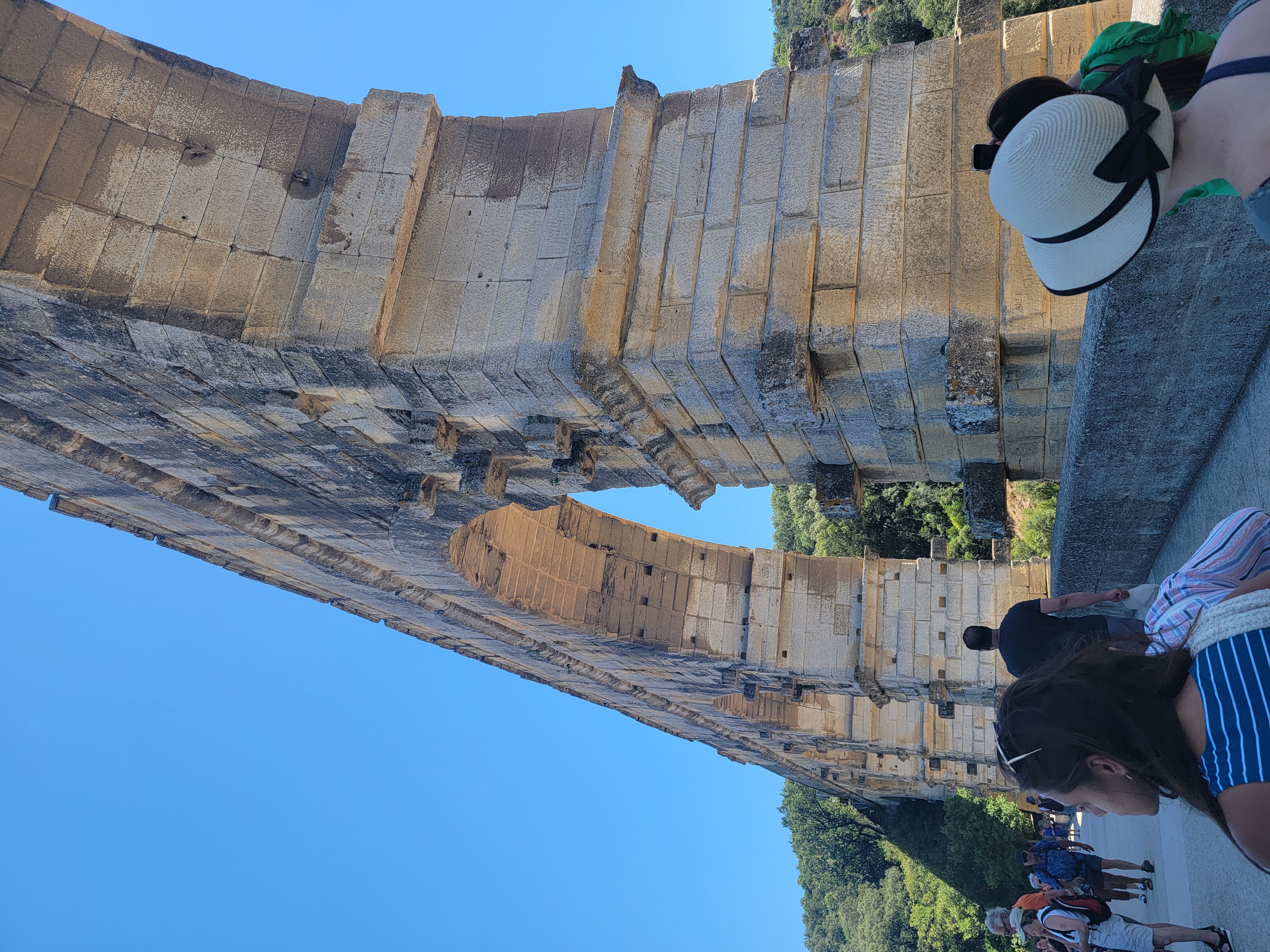 Outside of the classroom, Crider and her new friends were able to explore the city. The university took the students on a few field trips; one of the trips was to La Ciotat, where Savannah was able to see the Eden Theatre, the world’s oldest operating cinema. Another adventure Crider enjoyed was when her 211 professor took her and her classmates to a park in Marseille for a picnic.

“France has very specialized stores. They don’t have superstores. They have stores for pastries, bakery stores, fruit markets, and more,” said Crider. “We got croissants, strawberries, and raspberries… then we went to another place to get coffee, and another place to get our drinks. It was interesting to have to go to 5 different stores to get all that stuff.”

Crider enjoyed the beauty that France had to offer. The Roman architecture of the buildings is a style not common to the United States. Crider was able to travel and sightsee some famous places and buildings across France. When Crider visited Avignon, she saw the Pont du Gard, a first century Roman aqueduct, and the Palais des Pâpes, the largest Gothic building in Europe, built in the 13th century and was home to 9 popes. 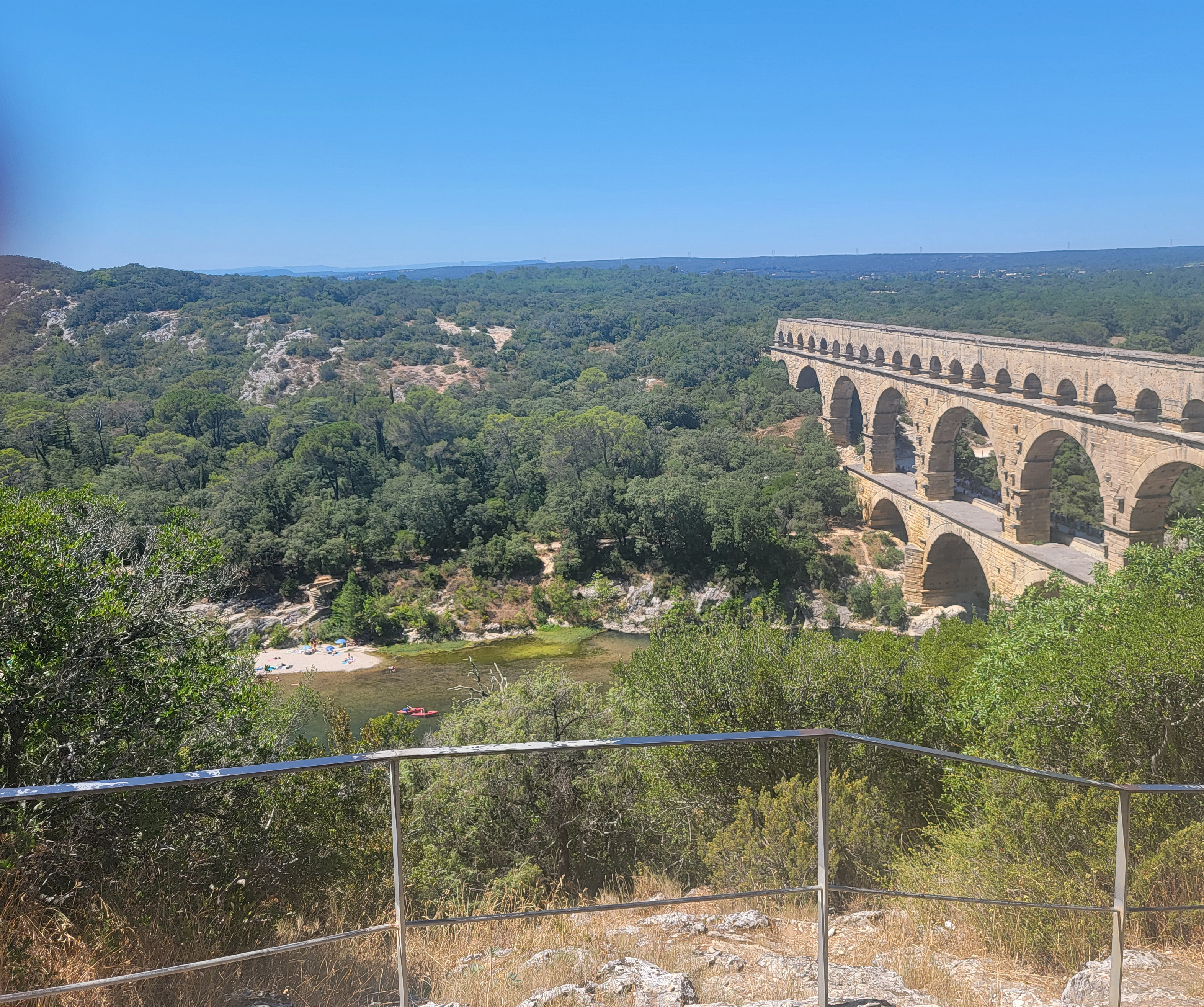 “I don’t think I can pick a favorite experience for the trip because I enjoyed it all, but sightseeing wise, I’d say Avignon was my favorite because we got to see the Pont du Gard, a first-century Roman aqueduct,” Crider stated. “In terms of relaxation, Nice was my favorite. I went to Nice with some friends because we had a free weekend, and we got to sit at the beach all day.”

Savannah relished her six weeks in France. One of the main reasons she wanted to study abroad was to surround herself in the culture and learn more about the French people and lifestyle.

“There’s something interesting and awesome seeing other people and talking to other people who aren’t like you and didn’t grow up the same way you did,” said Crider.

When Crider graduates in 2023, she will be a more confident, resilient, and culturally-aware person. She will also be a French-speaking young woman who will be ready for the world beyond university.

Palais des Pâpes is the largest Gothic building in Europe. It was built in the 13th century and was home to 9 popes. 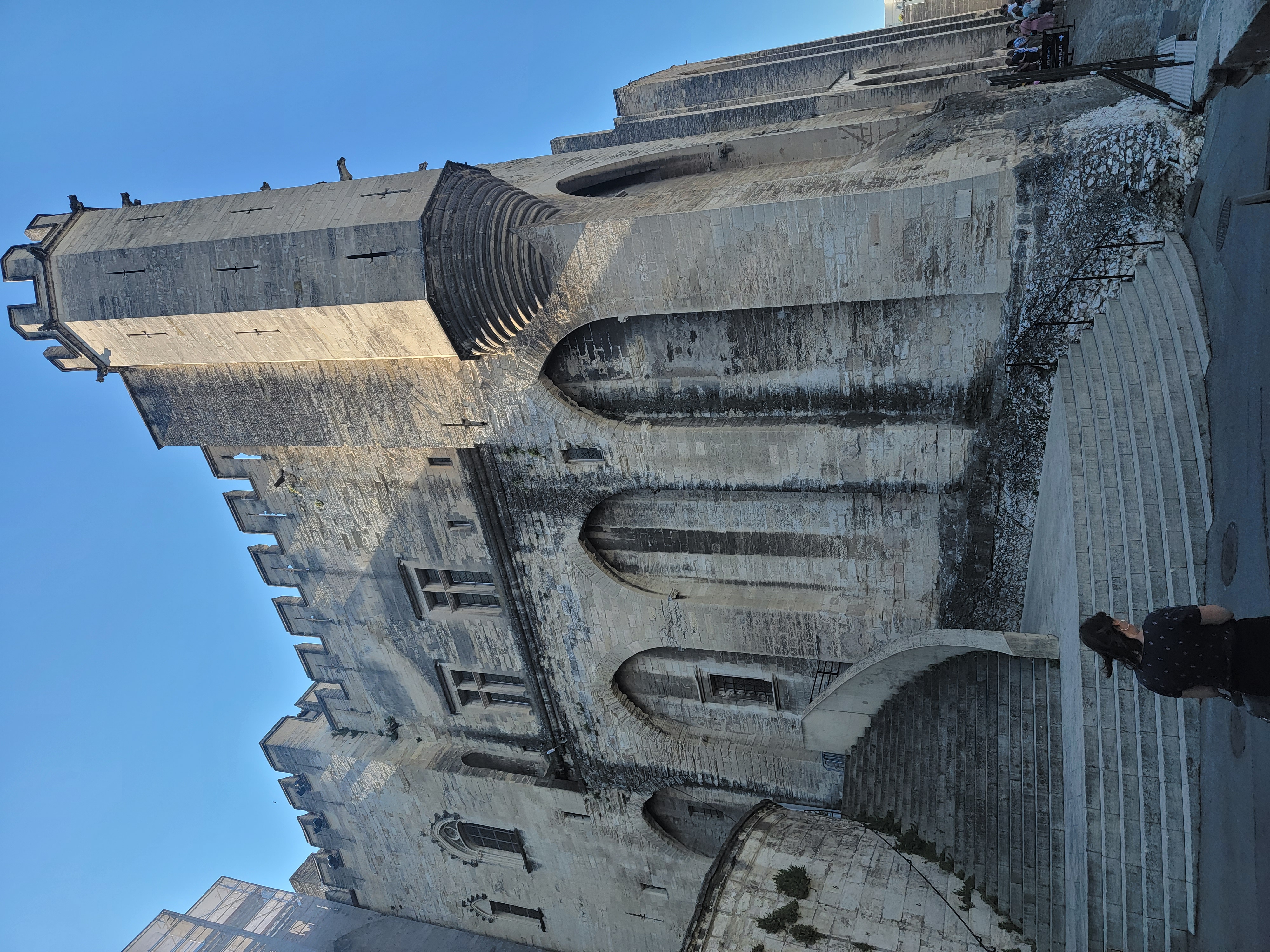