Margaret Edds To Be Recognized at TWU Homecoming

Margaret Edds, a 1968 Tennessee Wesleyan College graduate, is being recognized with the Neal Ensminger Distinguished Alumnus award next Saturday, October 8, during TWU’s Homecoming. This award is based on the individual’s achievements within their profession, church and community service, or service to the University. 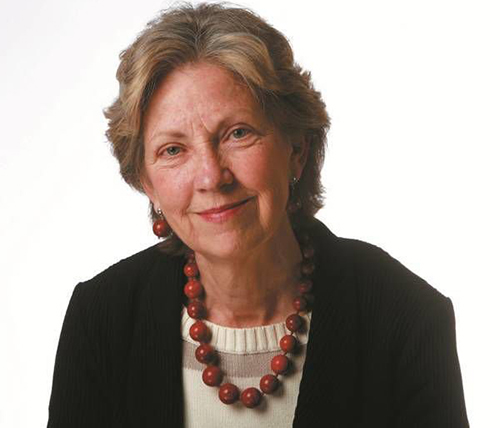 Edds is a Harlan County, Kentucky native, but grew up in a Nashville suburb.She attended Tennessee Wesleyan College where she was active and significant in social events, group leadership, and other campus activities. She graduated in 1968 with the highest scholastic honors. Upon graduating, Edds entered into what would be an illustrious and extensive career in writing, reporting, and journalism.

Her writing and reporting career began at the Nashville Tennessean. She moved to Richmond in late 1970s, where she obtained a degree from the University of Richmond. Richmond has been home to Edds since. Edds’ passion was in political journalism where she focused on civil rights, politics, and social justice.

Edds worked as a statehouse reporter before becoming an editorial writer with the Norfolk Virginian Pilot newspaper. While working with the paper, Edds wrote three books, all focusing on politics and social and racial justice in the south, specifically Virginia. She retired from the newspaper in 2007; after retiring she started writing Finding Sara.

Finding Sara is a memoir based on letters to and from her mother, who died in 1950, when Margaret and her sister were young. The letters Edds used for this book helped her discover and learn more about her mother. The book leads you on a journey from southern Tennessee to Oak Ridge, a key site in the development of the atomic bomb during World War II, to Lynch, Kentucky, a community in the eastern Kentucky coalfields, to deep inside the human heart. The book explores the impact of losing a parent as a child and the life of a spirited woman in the 1940s.

Ms. Edds’ latest book, We Face the Dawn, is a biography of two Virginian lawyers who were the nation’s most significant grassroots legal team in helping combat and dismantle Jim Crow laws. They were law partners who served alongside Thurgood Marshall. Their most notable case, Davis v. County School Board of Prince Edward County, which combined with four other cases and made them one of five legal teams who argued in the Supreme Court in the Brown v. Board of Education in 1954. Edds’ five-year research project consisted of interviews with their family, co-workers, acquaintances, and more, but it also relied heavily on archival materials.

Edds has written and published five books in total, with her sixth forthcoming, What the Eyes Can’t See, being released on November 8th of this year. Tennessee Wesleyan is proud to recognize Ms. Edds this Homecoming on her illustrious career.

We Face the Dawn: Oliver Hill, Spottswood Robinson, and the Legal Team that Dismantled Jim Crow, U. of Virginia Press, 2018

Claiming the Dream: the Victorious Campaign of Douglas Wilder of Virginia, Algonquin Books of Chapel Hill, 1990

Forthcoming: What the Eyes Can’t See: Ralph Northam, Black Resolve, and a Racial Reckoning in Virginia, U. of South Carolina Press