I Am Here because of You Pt. 2: Sister Schools and Sister Cities 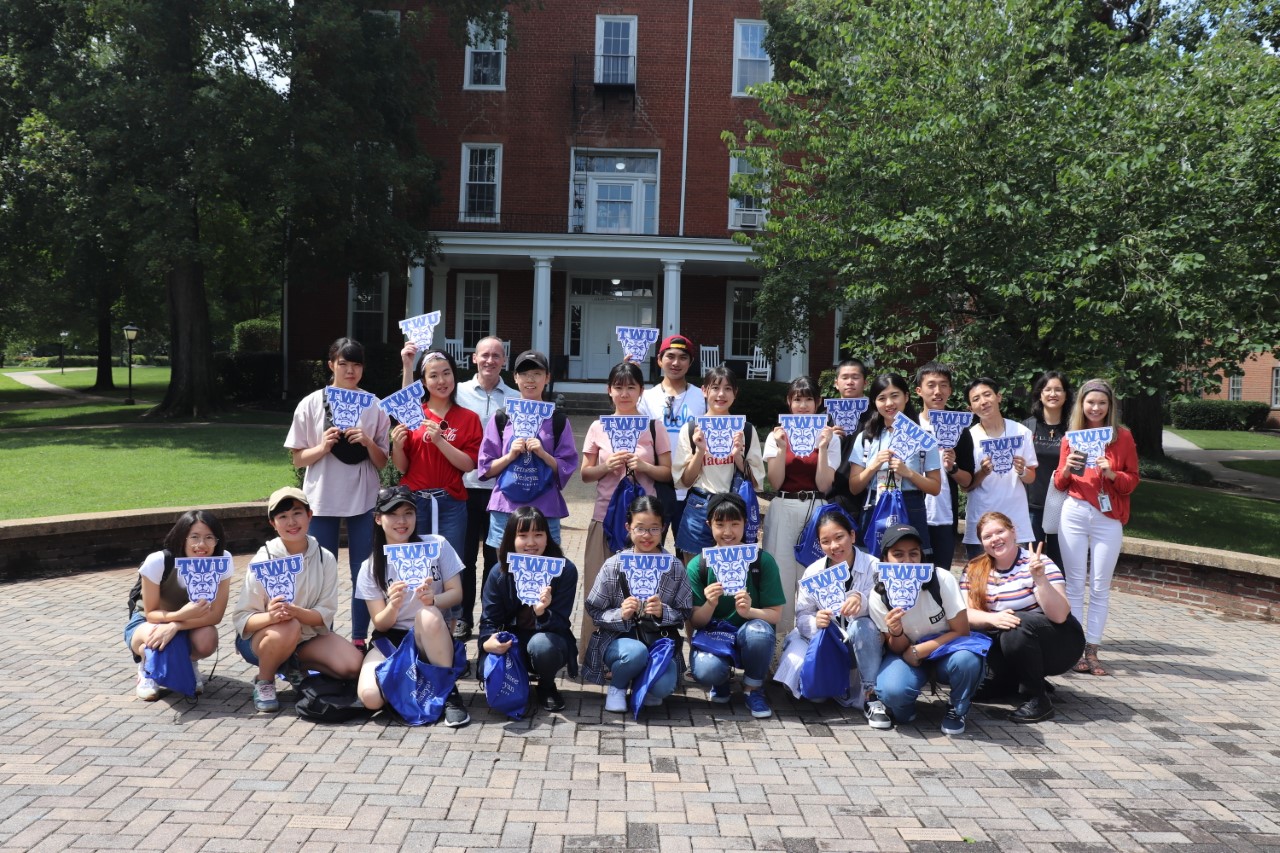 In 2016, Elizabeth Ruleman, Study Abroad Coordinator at that time, with the encouragement of then President Harley Knowles, established contact with Nagasaki Wesleyan again. Online discussions with Hitoshi Saito, former Chairperson of the International Committee at NWU, led to several TWU students’ undertaking studies in the Japanese Language and Culture Summer Program at Nagasaki Wesleyan, including our own Ersa Henry in 2017. 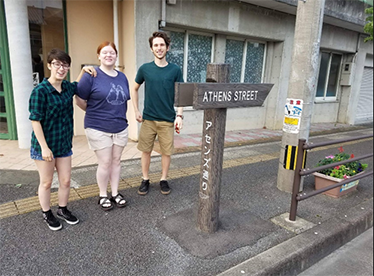 Ersa reflects, “My time at Nagasaki Wesleyan allowed me to experience life and culture outside of the U.S. for the first time. I was exposed to new and exciting experiences, foods, and friends. I came back with a renewed appreciation for Japanese culture, language, and the importance of building the Sister Cities relationship between not only NWU and TWU, but also Athens and Isahaya. It gave me the opportunity to get out of my comfort zone and build lasting friendships and connections on the other side of the globe. I hope to continue building the bridge between TWU and NWU by encouraging students to take the leap to study abroad.”

In February of 2018, several Japanese administrators from Isahaya visited TWU to discuss exchanges of various kinds. Among the visitors were Hitoshi Saito; Ken Kawasaki, current principal of Chinzei Gakuin; and President Yoshinobu Sato of NWU. In addition to the work, the group participated in the Merner Pfeiffer Library’s Open Mic night with former English professor William Ruleman and joined TWU students for a trip to Chattanooga for lunch and a tour of the Tennessee Aquarium.

When asked if Tennessee Wesleyan might consider a two-week program for Chinzei Gakuin students, Drs. Knowles and Ruleman readily agreed. Soon after this, the City of Athens’ Friendly City Sister City Committee also became interested in the program, since it fosters stronger connections between Athens and Isahaya. 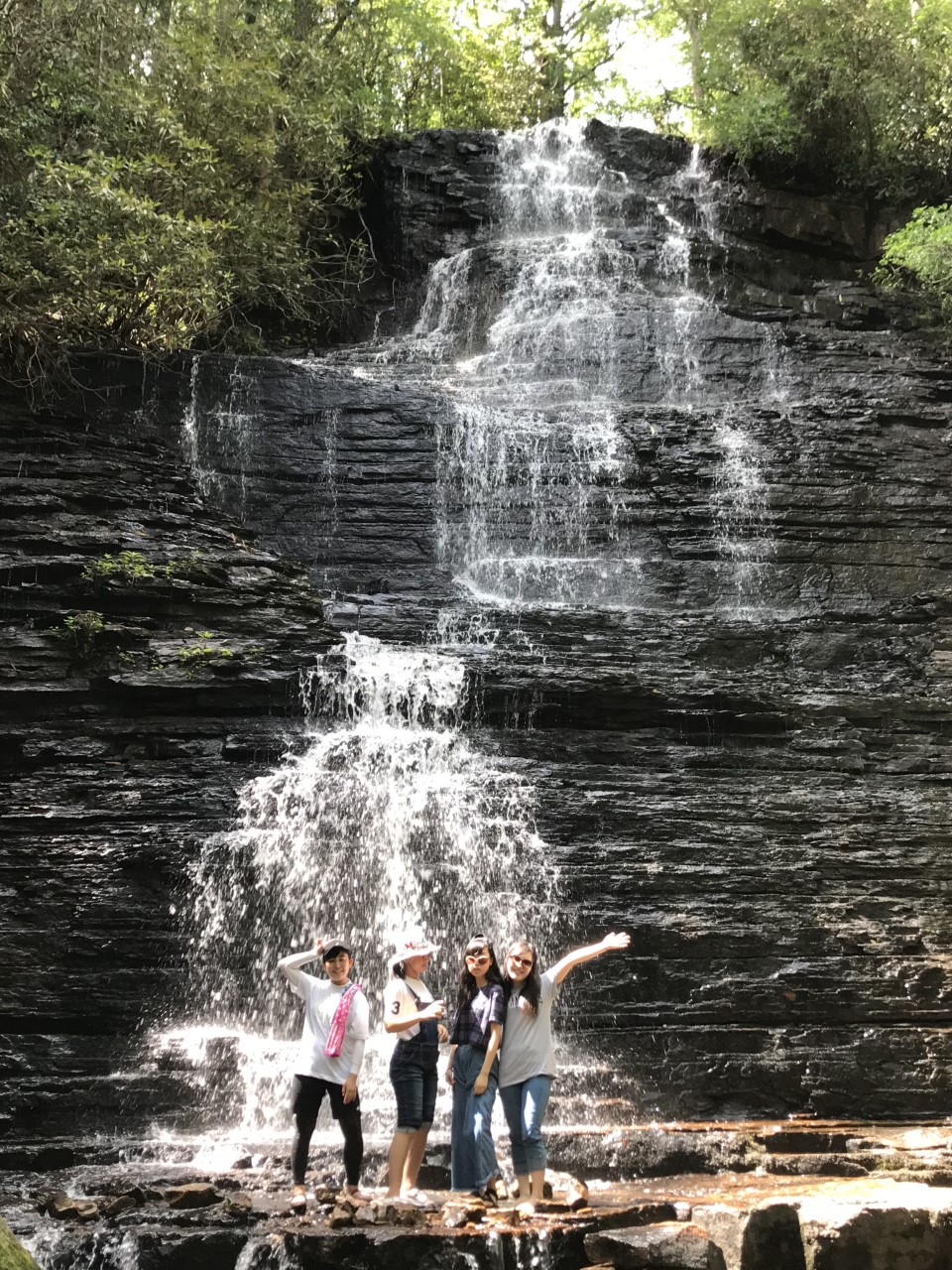 The Chinzei Gakuin-Tennessee Wesleyan Language and Culture Program became a reality in 2019. Johny, his eighteen classmates, and two teachers—Yuka Ikeda and David McCaw—spent a busy two weeks visiting local places of interest such as Rock City, The Hunter Museum of American Art, the Green McAdoo Cultural Center in Clinton, the International Friendship Bell in Oak Ridge, Lost Sea, Fort Loudoun and the Sequoyah Birthplace Museum, and Athens Regional Park. One particularly amazing event for these students was a hike to Benton Falls.

Their classes involved English-oriented classwork, as well as classes on Cherokee history and culture and the music and art of Southern Appalachia. Living on campus in Wesley Commons, eating in Sherman Dining Hall, and hosted at times by various churches, the group came to understand the meaning of Southern hospitality.

One of Johny’s favorite memories is singing Dolly Parton’s “Jolene” while heading up the winding road to Rock City with Dr. Augustin Bocco driving the college van. About his time here in 2019, Johny says, “The program was fun. I learned about Tennessee and Dolly Parton, and I wanted to come back to learn more about her.” As a junior in high school, he vowed to return to his Tennessee home.