I Am Here because of You: A Story that Needs to be Told Pt. 1 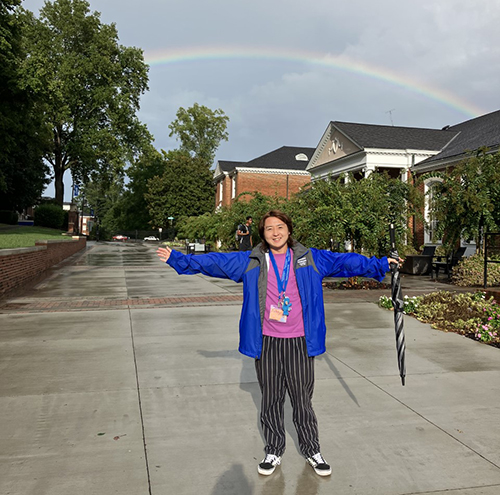 This fall, Shun Kawahara, who goes by his chosen English name of JohnyCarroll Catley, is at Tennessee Wesleyan University thanks to a reciprocation agreement between TWU and our Sister School Nagasaki Wesleyan University. Nagasaki Wesleyan is located in Isahaya, Japan, Athens’ Sister City since 1985. Johny has quickly become a part of the TWU family, but few know the history behind his presence here. In essence, Johny is at TWU thanks to the Reverend Carroll Summerfield Long, D.D., Ph.D. (1850-1890). 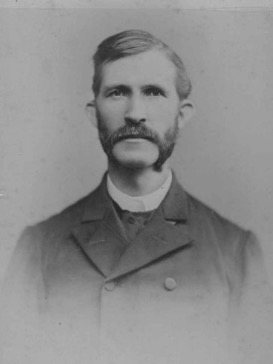 The connection between the two universities is linked to this one man’s life, and Tennessee Wesleyan is central to his story. According to the General Commission on Archives and History of the United Methodist Church, this American Methodist Episcopal Church missionary was born on January 2, 1850, in Athens, Tennessee. He attended East Tennessee Wesleyan University, now Tennessee Wesleyan, first intending to study medicine. However, a change of heart led him into the ministry. Licensed to preach in 1872, he would return to Tennessee Wesleyan over the years to receive a B.A. in Classics in 1878, an M.A. in 1881, and a Ph.D. in 1886. Between 1875 and 1879, Carroll Summerfield Long served the Holston Conference in Asheville, North Carolina, as the pastor of a church and as the president of Candler College for two of those years. On June 3, 1879, he married Flora Isadore Smith (1861-1952).

Long’s commitment to higher education was obviously personal, but its effects were far reaching. In 1880, he accepted a calling as a missionary to Japan, a country closed to most outsiders until the 1850s. He would serve a total of eight years, during which time he thoroughly immersed himself in Japanese culture; his letters indicate that after only thirteen weeks’ study he was able to preach his first sermon in Japanese and that he was working on translating the Bible into Japanese. The Longs’ four daughters were born in Japan, and two went by their Japanese names: Haru and Michi.

But for TWU and for our own Johny Catley, Long’s most significant contribution also had its roots here on campus. Long had studied under Dr. Nelson Ebenezer Cobleigh, himself an 1843 graduate as well as teacher from 1863-1871 and later president of the college. Before he left Tennessee for Japan, Long met with Cobleigh’s widow at a farewell service on campus January 21, 1880. Mrs. Charlotte M. Simmons Cobleigh (Mollie) donated $2 (roughly $60 in US currency today) to Dr. Long to use as he saw fit. After securing several hundred dollars more before he left, he would use these funds to establish a school that he named for the president of his alma mater: Cobleigh Seminary. Long wrote in a diary entry in December of 1881 that he founded the school “as a commemorative monument to my respected and beloved teacher.” 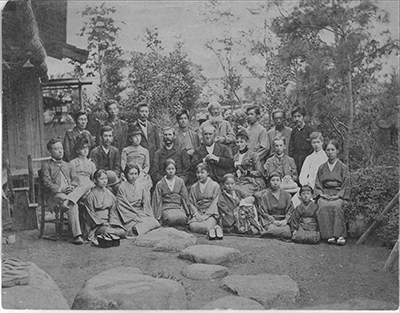 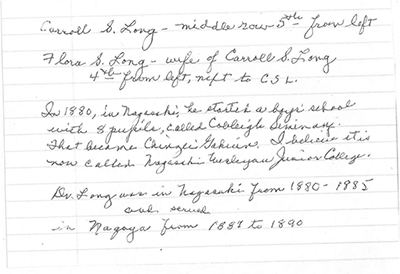 The Cobleigh Seminary was known as Kaburi Eiwa Gakko or Kaburi English-Japanese School, with “Kaburi” an easier-to-pronounce transliteration of “Cobleigh.” This school became Chinzei Gakkan in 1889 and Chinzei Gakuin in 1906. From these beginnings evolved not only Chinzei Gakuin High School but also a still-thriving kindergarten and Nagasaki Wesleyan University. After sustaining irreparable damage in the bombing of Nagasaki in 1945, the schools were reconstructed in Isahaya, where a monument stands in remembrance of their former location. To this day, the school festival of Nagasaki Wesleyan is called the “2-Dollar Festival.” Thanks to one woman’s modest contribution, the university is active in promoting volunteer activities of all kinds.

Reverend Carroll Summerfield Long’s health suffered during his time in Japan, and, back in the U.S. at a friend’s home in Asheville, he died at age 40 on September 4, 1890.  He is buried in Cedar Grove Cemetery here in Athens. His wife and four daughters are buried in the Collamer Cemetery in New York.

This article contains information from Carroll Summerfield Long Personal Papers, United Methodist Church Archives - GCAH, Madison, New Jersey as well as from a speech given Taiichiro Mori, Former President of Nagasaki Wesleyan in 2012. Pictures are from the C. S. Long Collection at the GCAH, Johny Catley, and Elizabeth Ruleman.