The 8th Annual Distinguished Entrepreneur Award was presented by the Tennessee Wesleyan University Goodfriend School of Business, Tuesday, honoring Shirley Shankle Woodcock with this year’s award at a luncheon in the Colloms Campus Center on the TWU campus.

Woodcock is the Executive Vice President and Co-Founder of Valley Oil Company, a family-owned business established in 1988. After graduating from Tennessee Wesleyan in 1978, she began working for her father, Hubert Shankle, in the fuel distribution industry at Shankle Oil Company.

“I am overwhelmed and humbled by all of this and I can’t thank you enough for all the kind words today,” said Woodcock after receiving the award. “Starting with the (award) committee, for including me in this awesome group of past honorees, I truly and humbled and grateful for that.”

Woodcock continues to wear many hats within the growing business and currently mentors the third generation of family taking on leadership roles within the company.

“This award represents the work of a lot of good people over a lot of years, and I am blessed and thankful to have been able to work with these people, and to consider them part of our family.”

Woodcock was joined at the event by members of her family who work for the Valley Oil team, members of the TWU staff, faculty, and board of trustees, and a large group of TWU business students.

The program included a video (above) of Woodcock detailing the history of Valley Oil Company, their family values, business ethics and more.

In addition to her work in oil distribution, Woodcock has volunteered with and served on several local boards and civic organizations. In 2001, she helped organize SouthEast Bank and Trust in Athens, and served as a director. She has also served on the Tennessee Wesleyan University Board of Trustees, the McMinn County Economic Development Authority Advisory Board, the United Way of McMinn and Meigs Counties Board of Directors, the Athens-McMinn Family YMCA Board, and the Crescent Sock Company Board of Directors. 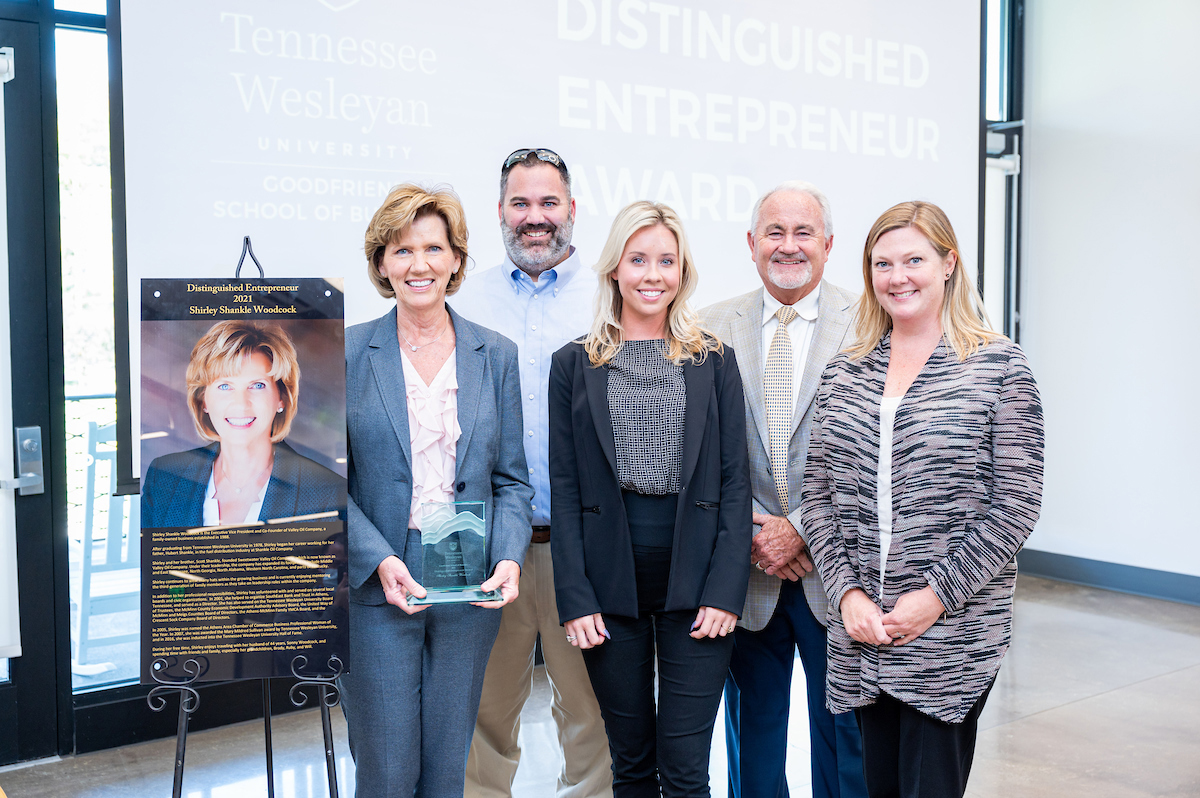 "This truly is a family business." 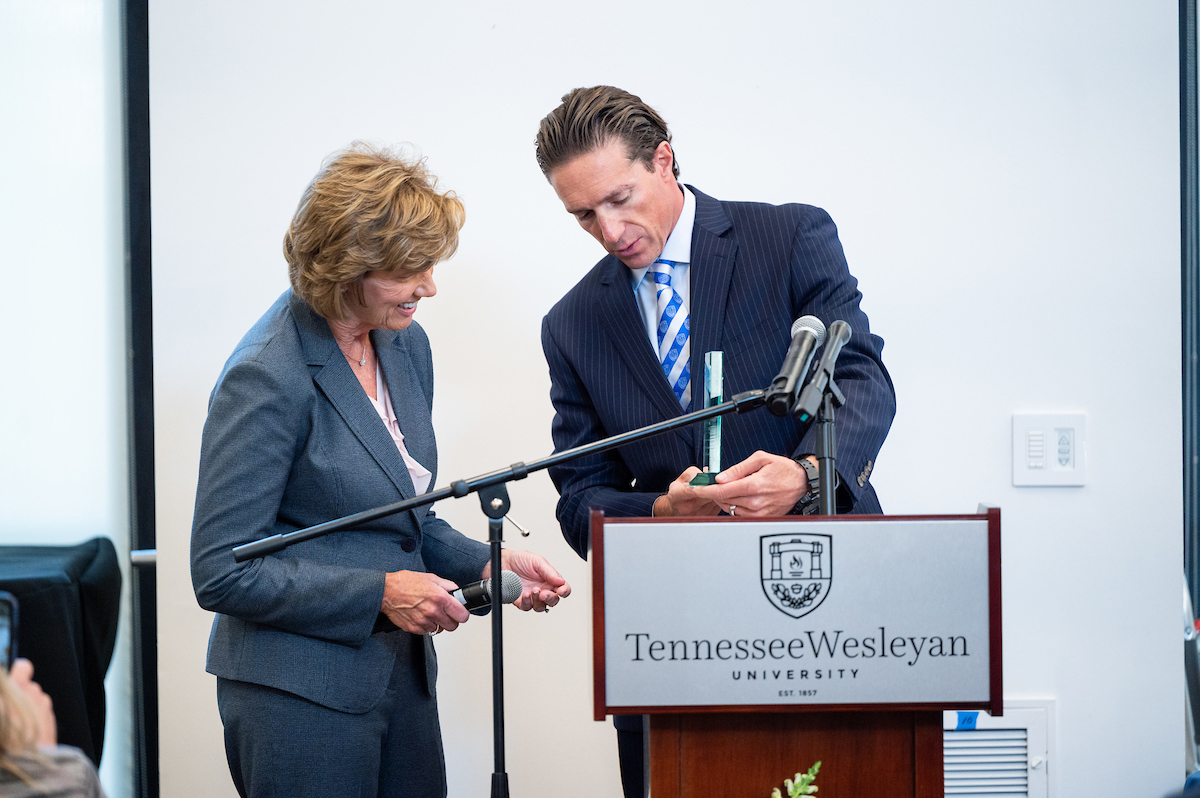 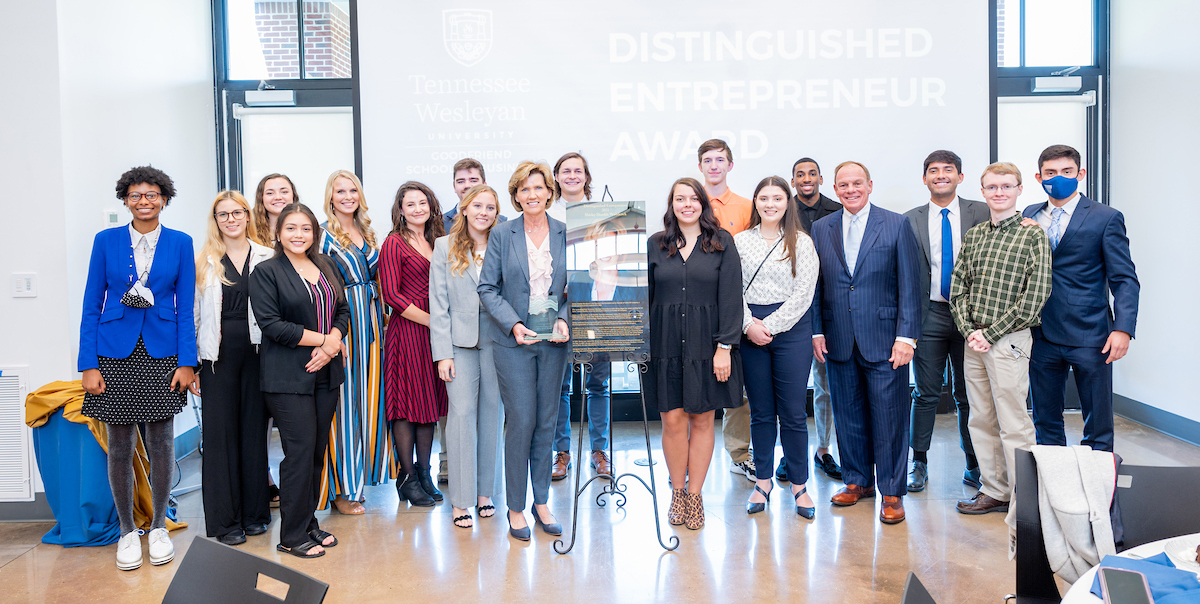 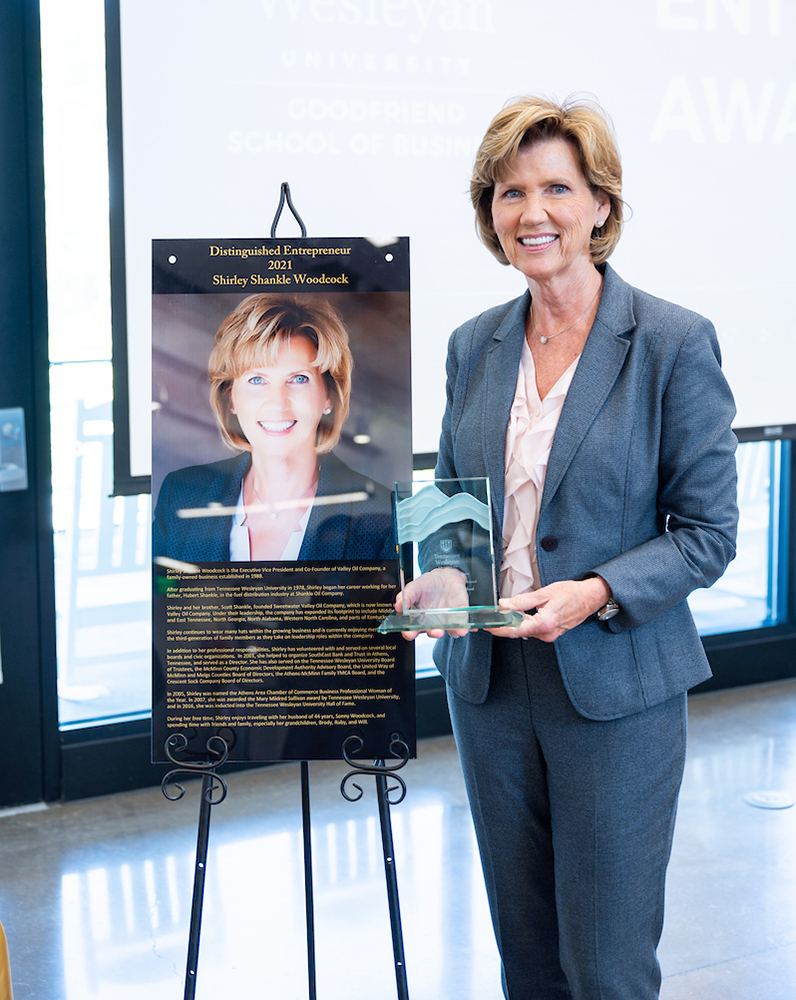