From Bulldog to Teacher of the Year: Impacting the Next Generation

What do you want to be when you grow up?

It’s a question many of us hear as a kid. Among the most common answers, you hear some of that terrific childhood wisdom: “I want to be a _________ because that’s who helped me.”

When Daelyn Waldroup began thinking about possible career paths, she exercised that wisdom by thinking about those in her life that made an impact on her.

“When I looked back at all of the people who had encouraged me and loved me, it was always a teacher that I thought of,” Waldroup said. “My 3rd grade teacher, Mrs. Norman, always made me feel like I was the most successful person on this planet. She made me feel special and loved. I want to make that same kind of impact on others.”

After graduating from McMinn Central High School, Waldroup decided to come to Tennessee Wesleyan University and study elementary education. During her time at TWU, Waldroup was a member of the cheerleading team and an orientation leader. She commuted every day to campus but was always active in whatever the Student Activities Board (SAB) had planned.

“I tried to participate in as much of that as possible just so I can feel a connection with my peers. They (SAB) gave us (commuters) reasons to want to come back to campus, whether it was trivia night, bowling, movie night, or whatever else they had planned,” Waldroup said. “It gave me an opportunity to branch out and meet people who weren’t an education major.” 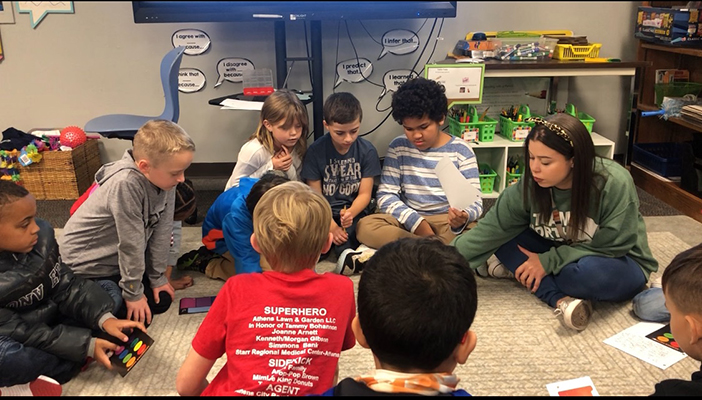 Waldroup graduated from TWU in 2018 and was offered a job at North City Elementary, one of the schools where she student taught. Daelyn is certified to teach kindergarten through fifth grade and has taught in three different positions in her four years at North City.

During Waldroup's first two years, she was a title teacher, helping students who were falling behind at their grade level. She then moved to teaching third grade science and social studies, and this year is her first year in the library as a media specialist. As a media specialist, Waldroup has her own curriculum to teach, but she also helps reinforce what the children are learning in their other classes.

“One thing I like to do is to go into other classrooms and see what they are teaching and reinforce it in the library,” said Waldroup. “You have to consider how each student learns. Not every student will learn from me, but they might with another teacher. If we are both enforcing it, then maybe I can pick up a few kids who didn’t get it the first time.”

Daelyn’s way of teaching was influenced greatly by her professors at TWU.

“Dr. Sullins was very warm and welcoming, and she gave great advice. She showed me the real world of what it was like being a teacher,” said Waldroup. “Dr. Gaston taught me that it is important to care for all your students and to put their needs first. Not everything is just a test score.” 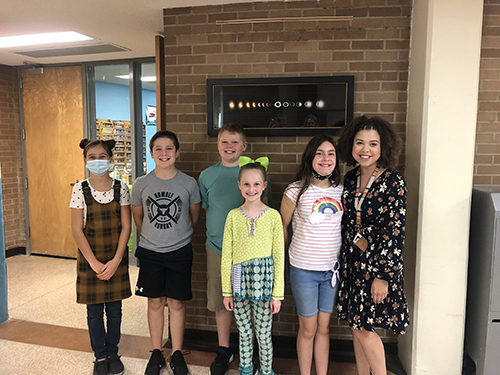 Waldroup says that being Teacher of the Year is her biggest accomplishment so far because it shows all the hard work she’s put in over the years. The future is bright for North City Elementary students, thanks to teachers like Waldroup.