The Chinzei Gakuin-Tennessee Wesleyan Language and Culture Program took place on the campus of Tennessee Wesleyan University during the second two weeks in July. The annual program began in 2019 but was put on hold due to COVID. This year's program was coordinated by Dr. Elizabeth Ruleman and Dr. Koyel Khan, with the assistance of Savannah Renfro, a TWU education major. 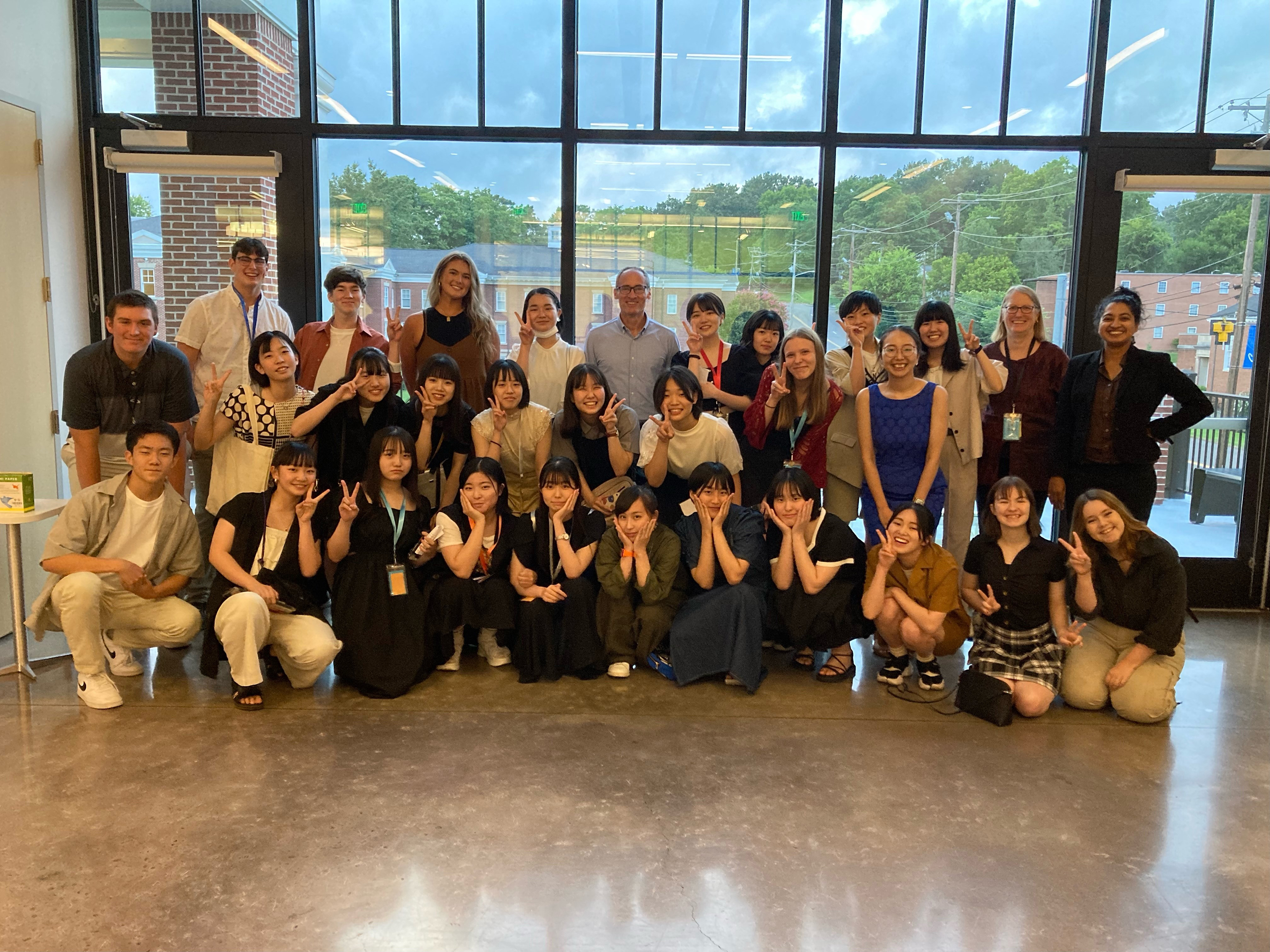 All in all, the program seeks to expose Japanese students from Athens’ Sister City, Isahaya, Japan, to the culture of Southern Appalachia, showcase our region’s natural resources and interesting places, and foster lasting friendships and global awareness.

Thanks to a grant from the Japan-America Society of Tennessee, the program included six carefully-selected local teenagers who served as Sister City Resident Ambassadors (SCRA). The six included Mollie Haynes, Ethan Kline, Grace Lueker, and Kaylee Wayda from Polk County High School, as well as Austin Summey and Dakoda Evans, who are entering freshmen at TWU. The ambassadors stayed on campus and participated in all the classes and activities, making sure that our Japanese visitors felt included and engaged.

"I also liked having lots of free time to talk to the students and having the chance to walk around downtown and shop," added Haynes. "This was great for communicating with them.”

“It was probably the best thing I have ever done,” added Evans, another SCRA.

The Japanese students practiced their English far more than in our previous program, thanks to their desire to communicate with the teenagers from the United States.

“Every Chinzei student seems to have had a transformational, eye-opening experience that will forever be a part of who they are to become,” added McCaw about the program. “And it seems that the same can be said for every SCRA. There was an obvious and immeasurable impact on each of them that will no doubt affect the way they see the world, make friends, and interact with people outside of their own cultures for the rest of their lives. This is the true value of our efforts here.”

“It was a really fun two weeks,” said Nene Noguchi, one of the Japanese students. “I wanted to stay in America more.”

Chinzei Gakuin High School is located in Athens’ Sister City, Isahaya, Japan, alongside Nagasaki Wesleyan University, TWU’s sister university. The links between the cities and the universities go back to 1881. The Reverend Dr. Carroll Summerfield Long—who was born in Athens, received degrees from TWU, and is buried in Cedar Grove Cemetery—founded Chinzei Gakuin that year. Tennessee Wesleyan and Nagasaki Wesleyan have a transfer agreement that allows students to attend the other institution. One of the participants in the 2019 program, Shun Kawahara, or Johny Catley, as he likes to be called, is enrolled at TWU as a transfer student in the education department this year. The program has the possibility of lifelong opportunities.

The program could not exist without a host of helpers from Tennessee Wesleyan, the City of Athens’ Friendly City Sister Cities Committee, and local churches and individuals. Plans are in place to offer the program again in 2023.