From Bulldog to Rebel: Life After Wesleyan 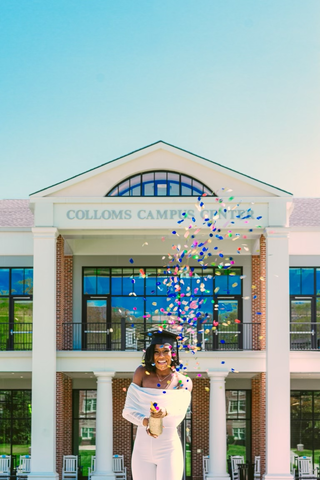 Tennessee Wesleyan is dedicated to helping students realize their full potential and find their passion. However, some students arrive on campus knowing their passion, only needing the tools to pursue it. Avery Hilliard was one of those students: her aspiration, sports broadcasting. Avery embraced Tennessee Wesleyan and every moment and opportunity that arose.

She was a member of the Hackberry and Oak Society, Multicultural Student Association, Student Activities Board, and the National Society of Leadership and Success. Additionally, Avery was a successful student athlete, a three-year captain of the Volleyball team, two-time All-AAC academic team, and two-time All-AAC first team. Avery currently holds the career record for blocks and the single season record for blocks and block assists. 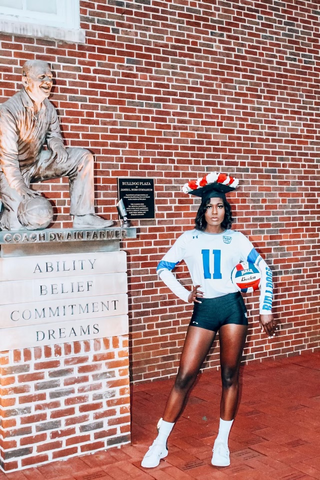 When asked how Tennessee Wesleyan prepared her, Avery had two answers: her professors and the hands-on experiences.

“Wesleyan gave me professors who loved what they taught…my professors all aimed to help me achieve my goal in a way that I understood” said Hilliard.

“I took Journalism my freshman year. My professor, Emily Gilmer, was one tough professor. She was a great writer and knew her passion like the back of her hand. That is how I wanted to be in mine. Not only did I gain efficient skills to better my writing, but I also learned proper writing styles and more.”

“The program is where creativity, marketing, and media intersect. IMC is about crafting communication across all forms of media to shape brands and influence behaviors,” said Hilliard, now in the final year of her program.

Over the last year, many doors opened for Hilliard, and she seized the opportunities. Avery was a graduate assistant, and after the previous manger graduated, she became the social media manager for a non-profit organization called the Listen First Project.

“The Listen First Project leads the collaborative movement to heal America by building relationships and bridging divides. We transform division and contempt into connection and understanding,” Hilliard said when describing the organization.

Furthermore, Hilliard has a segment every Tuesday on the Rebel Radio called ‘On the Wave with Ave.’ True to her dream of becoming a sports broadcaster, Avery ties sports into the music. Similar to the Bulldog Backfield, Hilliard interviews student-athletes and asks them their favorite artists, who they listen to before games, and more.

This past summer, Hilliard was given the opportunity to shadow Samaria Terry, a news anchor from WREG3 in Memphis. Hilliard’s aunt contacted Terry via email and proposed the idea of having Hilliard shadow her. Terry responded and the two had dinner. From there, Avery started making reels for Terry and has been able to watch her live in the studio while she continues to observe. The networking Hilliard has experienced alongside Terry gave her the opportunity to watch the 2021 NBA Draft in Memphis at the FedEx Forum Arena. 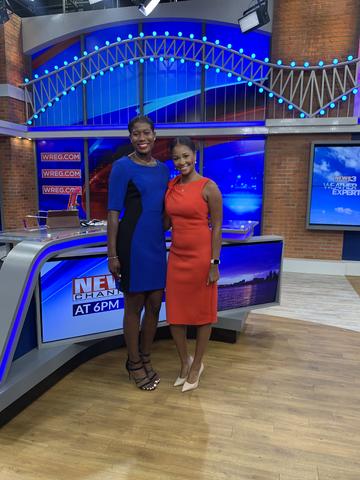 With graduation closing in, Hilliard’s hope is to have a job waiting for her after completing the IMC program.

“If I do not have a job lined up then, I know I will find something soon. With God on my side, I know I am covered and will find what is right for me,” stated Hillard.

She wants to start in Memphis, her hometown, working for the University of Memphis or the Memphis Grizzlies. Since shadowing Terry, she has considered working as a sports anchor for a news channel and branching out from there. She believes that as long as she does her part, God will do his.

On the Wave with Ave

Tune in every Tuesday from 10:00am to 10:55am (CT) on Rebel Radio to hear Avery interview a new student athlete.